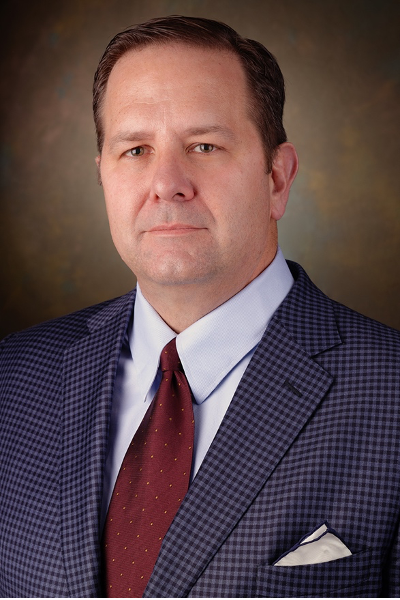 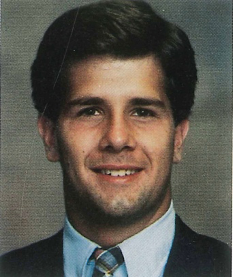 Fritz graduated from Central Catholic in 1986 and his sister Regis graduated in 1992. While at Central Catholic, Fritz was active in basketball, tennis, history fair, and student government. He was a reserve on the 1985-86 basketball team that finished the regular season undefeated. On the tennis team, he paired with Tim Bordenet (Fritz points out that Tim carried the doubles team to form an All-Conference recognition!).

After graduating from Central Catholic, Fritz moved on to the University of Notre Dame earning a bachelor’s degree in economics, and most importantly he met his wife Mary Jo during their freshman year. Father Dan Gartland (Fritz’s Junior-Senior religion teacher) presided at their wedding in the summer of 1993.

Fritz and Mary Jo have been married now for nearly 29 years. Back in the day, Fritz’s dad was known to host a pretty good tailgate party at either Purdue or Notre Dame games.

On a least a couple of Saturdays in the fall, you can find the Holzgrefe’s continuing the tradition at Notre Dame. In Atlanta, they have been active in St. Peter Chanel Parish, Queen of Angels Catholic School, and Blessed Trinity Catholic High School. Fritz recently completed 12 years of service on the Board of the Catholic Foundation of North Georgia.

Fritz is currently President and Chief Executive Officer of Saia, Inc., a publicly-traded (SAIA: NASDAQ) less-than-a truckload (LTL) transportation and logistics company headquartered in suburban Atlanta. Saia employs over 12,000 employees across 48 states. He joined the company in 2014 as the Chief Financial Officer (CFO) and later served as Chief Operating Officer before his current role.

Prior to joining Saia, he served as CFO of Golden Peanut Company the world’s largest peanut processor, and later led the businesses in Argentina and South Africa. His earlier career included stints in food and technology industries as well as in banking and financial advisory services. Along the way, he got a Masters of Business Administration from Washington University in St. Louis and a CPA.

After college, professional careers moved him to Indianapolis, St. Louis, Minneapolis, Suburban Chicago, and for the last 16 years Suburban Atlanta. Although his career has most recently kept him in the continental United States, previously his career has taken him to six continents.

How did your education at LCSS prepare you for college and your career?

The lessons taught by Veronica Weaver in my freshmen English class carried me through my liberal arts education, graduate school, and professional career to the present (Bing, Bang and Bongo!). The Catholic values reinforced by Father Dan, Father Goth, and the entire LCSS community have remained with me to this day.

Perhaps my favorite classes were all of Miss Anthrop’s history classes. The famous project from the class was the gravestone project. While working on a business partnership in South Africa, a casual conversation with a hesitant prospective partner led to a discussion of our shared appreciation for the importance of history. Ultimately, leading me to introduce Miss Anthrop’s techniques for studying a gravestone, and soon I developed a friendship and learned a bit about the history of South Africa.

How did LCSS help to shape your faith?
The LCSS community was an important foundation that has served me throughout my life and a foundation that I hope to pass on to my kids. Those values have carried forward to our Catholic community in Atlanta. Those values are critical to the way that I hope to lead the organization that I work for.
What did you like most about your experience at LCSS?

There was always a very strong sense of community. I remember the rivalries between St. Lawrence, St. Boniface, and St. Mary through grade school. The rivalries were always a source of great pride for the respective parishes. Once we all came together at Central Catholic, there was always a great sense of community. The 1985-86 basketball team had a great undefeated run which really seemed to galvanize the community. Although the season ended before everyone hoped, the community really rallied around that team. Describe one of your favorite memories of LCSS.

Perhaps, the Class of 1986 was my fondest memory. The Class had many great “characters” and “character.” The group came together from all corners of Lafayette and really had a shared personality that resonated in the halls between classes, in the classroom, sports, or simply out in the community.

I would add that Central Catholic always had a committed faculty and staff. Sometimes, we may not have had the best facilities or athletic uniforms at the time, but I remember great teachers and coaches that helped build and maintain the community. Tennis coach Sheila Donahue was a great example. She coached our team on the nearby city park courts and often held team meetings in her home. She used those venues to not only coach the tennis skills, but also lessons in teamwork and leadership.

Regrettably, I don’t have the opportunity to visit the LCSS community as I would like. But, I would like to think that I have been able to share a least a few of the lasting lessons and values that I learned growing up in the communities in which I live and work today.