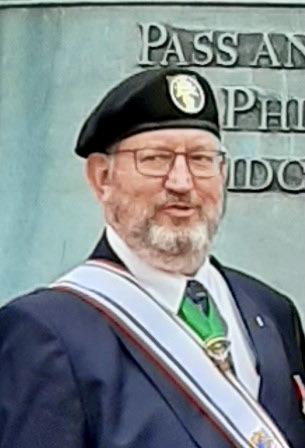 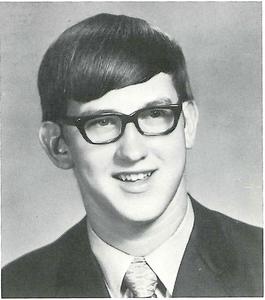 Meet Phil Kennedy, a 1971 graduate of Central Catholic! After high school, Phil enlisted in the Air Force and served from March 1972 to August 2002. Out of a 30-year career, Phil spent half of his career in various overseas assignments in Italy, Germany, Korea, Spain, and Turkey. The remaining 15-years were stateside assignments, which included tours in Florida, New Mexico, Nevada, and Utah.

Phil’s final assignment was at Headquarters Air Force, Pentagon (1998-2002), as the Air Force 2WXXX Career Field Manager for over 7,200 active, guard, and reserve munition maintenance personnel before retiring August 2002 in Lake Ridge, Virginia. Phil retired at the rank of Chief Master Sergeant (E-9). Phil is a Desert Storm combat veteran and was on duty at the Pentagon on 9/11. After retirement, Phil remained in the Washington, DC Metro area as a Department of Defense contractor supporting The Defense Threat Reduction Agency for the last 19-years. Phil is a third- and fourth-degree member of the Knights of Columbus. He currently serves as the District Marshal for the Commonwealth of Virginia. Phil’s interests include stamp collecting, traveling, history and geography buff, and K of C.

How did your education at LCSS prepare you for college and the Air Force/your career?

At the time, I thought my education, except for religious education, was on par with what my friends were receiving from Jeff or Harrison. It was not until 1972 when I started taking college courses in Spain, did I realize my LCSS education prepared me for college and eventually a career in the Air Force. How did Central Catholic/LCSS help to shape your faith?

Eight years at St. Mary’s and four years at CC helped form a lifetime commitment to my faith. As a Catholic, no matter what happens in your life, Jesus will always be there by your side and love you… unconditional love and forgiveness. A spiritual gift He freely gives… forever and ever.

What did you like most about your experience at Central Catholic/LCSS?

There were various career programs, based on aptitude, designed to prepare you for college or trade/technical school. My skill sets tilted more toward a career in the trade/technical world. Based on a mechanical aptitude, I enrolled in the “Industrial Arts Program,” which prepares students to work with wood, metal, machinery, tools, small engines, and automobiles. This program provided a myriad of learned skills that set me up for a very successful 30-year career in the Air Force.

Describe one of your favorite memories of Central Catholic/LCSS.

BLUF (bottom line up front)… Senior year; primarily because your grade-and high-school career was ending abruptly. My emotions were high with excitement knowing all my hard work paid off and this long, long, journey was finally coming to an end. At the time, there was fear and some hesitation knowing you may be leaving family and friends behind to start a new chapter in the book of life. In my case, instead of going off to college, I joined the Air Force to see the world… a decision I never regret doing.